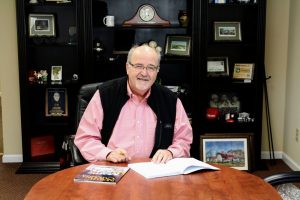 “We have a lot to be proud of in our community,” said Terry Bralley, president of the Davie County Economic Development Commission. “This is another example of how we are stronger together and how we are continuing to make a difference.”

Since 2007, North Carolina has used a three-level system for designating development tiers. The designations, which are mandated by state law, are incorporated into certain state development programs to encourage economic activity in all 100 counties of the state.

How Tier Rankings Are Calculated
The Development Tier Designation statute (§143B-437.08) provides specific guidelines for calculating annual tier rankings. This process assigns each county to a designation of Tier One (most distressed), Tier Two, or Tier Three (least distressed). Assuming no ties in rankings, the statute requires 40 Tier One, 40 Tier Two, and 20 Tier Three counties each year. In the event of a tie for the final position as a Tier One or Tier Two county, both counties will be placed in the lower tier.

Davie County received a Tier Three designation again this year with a county rank sum of 307 out of 400.

The full report can be viewed at https://files.nc.gov/nccommerce/documents/files/2020-Tiers-memo_asPublished.pdf